On Sunday the 19th June a group of Rock Monkeys from Sunderland Wall went on an adventurous day of outdoor climbing at Bowden Doors! The instructors for the day were Cliff and Richy.

When we arrived there was a very short walk to the crag and the weather was warm, the entire group was getting excited to climb. Richy set up the ropes while cliff got us warmed up by jogging along the bottom of the crag, although some of us were too busy looking at the amazing routes and rock and nearly fell....more than once, that would include  Carmel and me for starters!
When we got back from our warm-up everyone was out of breath but the ropes were up and ready to go....and so were we. We split up into groups I was in a group with Carmel and Bethany. We were joined by four Rock Monkeys who had never been outdoor climbing with Roxcool before they were Ellie, Archie, Rachel and Caitlin. There were four climbs set up at first – Main Wall (5b), Black and Tan S 4c, Flack Crack S 4b, and Deception Crack VD. They were amazing to climb they had positive holds but they weren’t too easy and they put our skills to the test. Later in the day when everyone had finished them they were took down and new ones were put up (poor Cliff and Richy worked hard that day (Ed, as we always do ;-)) but before we attempted them everyone had worked up an appetite so it was definitely time for lunch.  The climbs after lunch included; Scorpion VS 4c, Canada Crack HVS 5a, Russet Groove VD, First Leaning Groove HVS 5a and Second Leaning Groove VS 5a.

Later on in the day a few showers of rain came which made the sandstone routes slippery, which again put our skills to the test, but this didn’t stop us rock monkeys from climbing and having fun and it wasnt long before the good old Northumberland sandstone was dry.

All too soon it was time to start packing up the gear to go home. Everyone had an amazing time and didn’t want the day to end.

Well done to all the monkeys!!!!

And a BIG thanks to the Roxcool team for a fab adventurous day outdoors I can’t wait for the next day in August, bring it on  !!!!!!!!!!

Posted by CLIFF LOWTHER at 00:24 No comments: Links to this post

Remember Sam who came out with me over in the Lakes for a 'ML Refresher'?????  Well I'm pleased to report she is now the proud owner of a Pass sticker :-).....After initial assessment nerves on the course she went on to pass with flying colours on Friday last week!!

Well done Sam....and if anyone asks it was all down to the expert coaching offered by Roxcool ;-) hahaha

Posted by CLIFF LOWTHER at 13:14 No comments: Links to this post

Congratulations to Paul who passed his CWLA today with flying colours.

This was a new course for myself and for Roxcool....This course is aimed at those instructors already holding either a CWA or a SPA but who would like to teach Lead climbing indoors.

The four 'Willing' candidates (Nathan, Richard, Robin and Rebecca) all seem to learn a great deal and went away happy.
Posted by CLIFF LOWTHER at 13:05 No comments: Links to this post

WARNING to All Using a 'Backed Up Abseil'

Safety alert on abseiling with prussik on leg loops


Safety alert on abseiling with prussik back up on leg loops

This came to me from Pat Littlejohn in the British Mountain Guides newsletter and makes interesting reading:

Summary - Using a prussik loop back up on your leg loop can open the buckles which are 'cinched' tight (by pulling), now increasingly found on modern harnesses, with dangerous results.

" Last summer on a Technical Alpinism course I taught clients how to protect an abseil with a French prusik clipped into the harness leg loop, a standard technique used almost universally. While using this later abseiling from a gendarme, one client allowed the prussik to bite whereupon the harness leg loop opened and he was left dangling from his waist belt with the prussik jammed against his belay plate. Luckily he was nearly at the end of the abseil and other clients helped him to unweight and free himself.

Wanting to see how this had happened I tried it using his harness and the leg loop undid every time. We then tried other harnesses in the team (which were not identical but similar construction) and again this happened.

All were new harnesses which had leg loops with buckles which 'cinched' tight (by pulling) rather than being back-threaded in the old style (as the leg loop buckles on the harness I was wearing). What happens is that the karabiner of the prussik lodges at the buckle, which then opens because it is being pulled at an angle which 'cinching' buckles won't take, i.e. a force from behind the buckle. This is much easier to demonstrate than to explain!

So many modern harnesses now use 'cinching' buckles on the leg loops, or are in the “Bod” style, that we may have to revert to the method of protecting an abseil with a prussik by clipping the prussik into the belay loop of the harness (usually with a quickdraw or cow’s tail to extend either the prussik or the belay plate), I have always thought this was a safer method anyway, but a bit less convenient and involving more gear.

What worries me is the number of people out there who have been taught to abseil with a French prussik clipped into leg loops with 'cinching' buckles - a lot of people I suspect. "

I've tried to get this to happen on a new Wild Country harness without success - see pictures below. Climbers and instructors should, however, be aware of this possibility.

Give me a shout if you need me to explain this!!! 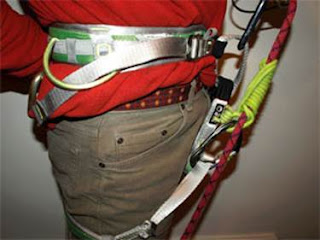 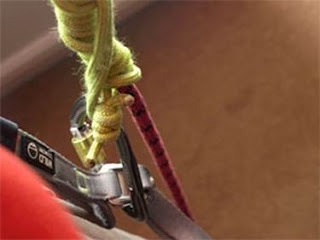 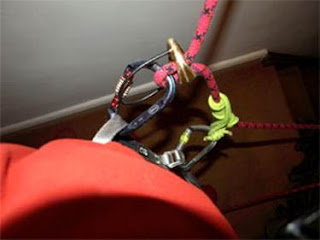 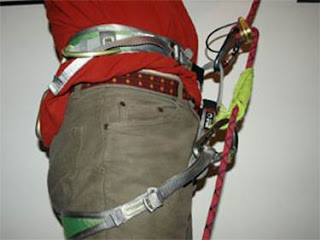 Posted by CLIFF LOWTHER at 13:14 No comments: Links to this post

Email ThisBlogThis!Share to TwitterShare to FacebookShare to Pinterest
Labels: ROXCOOL

Another successful course over the last weekend for 8 lucky candidates who joined the Roxcool team at Sunderland Wall (Saturday) and Macmillan Academy (Sunday). 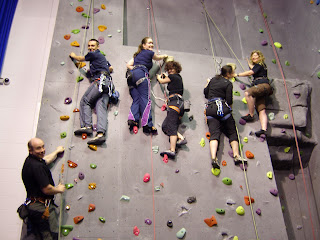 I was assissted on this course by Andy Reeve from over in the Lakes....a dedicated if not obsessed climber who always brings valuable alternative points of view and his acting skills are second to none!!! :-)

The course covered all the required syllabus set by the MLTE including belaying (bottom roping), movement skills, teaching, problem solving, leading/lead belaying, coaching and games.  There never seems to be enough time on these courses to fit everything in and you always feel like you are chasing your tail. 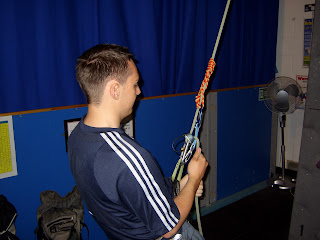 Suprisingly, this group were very good with their basic belaying skills and I missed out on saying 'WINDMILL' over and over....perhaps the word is getting out that belaying must be of a good standard ;-).

If you are interested in becoming a climbing instructor have a look at this link which will give you all the information you require and the dates of the future courses.  Next training course is not till August as I'm away for the whole of July :-).
http://www.roxcool.co.uk/course_detail.asp?CourseID=3

Cliff
Posted by CLIFF LOWTHER at 12:32 No comments: Links to this post

It was scorching hot, gorgeous sunshine, bright blue skies and a slight breeze over the hills of St John in the Vale, and the mountain Glamara, Seathwaite in the Lake District. Here I was spending two days over the May half term doing an ML refresher course with Cliff from Roxcool before my assessment in June. 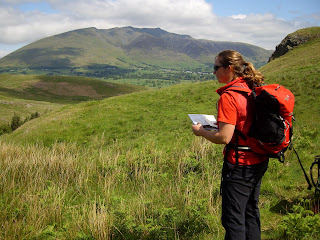 It was an exceptionally enjoyable two days practising my navigation skills; from finding those knarly ring contours and tarns to learning valuable tracking skills, bearings, pacings and timings. It was a fantastic opportunity to reinforce what I have learnt as well as a great confidence boost. Just want to say a very big thanks to Cliff, it really helped! 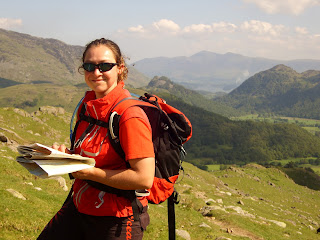 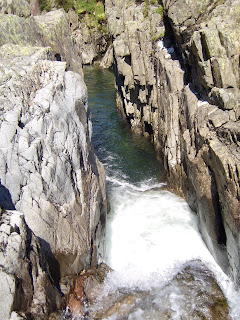 What also really made the course was navigating the way to Blackmoss Pot, a little gorge in the Langstrath valley, and going for a refreshing swim after walking in the heat of the day over Glamara. The water was so clear and warm, and there was a waterfall, that when we swam into it, it felt like a Jacuzzi!
To top it off we finished the course having a wonderful home made fruit pie with ice-cream and cream in Shepherd’s café. I would highly recommend a visit!
Thank you 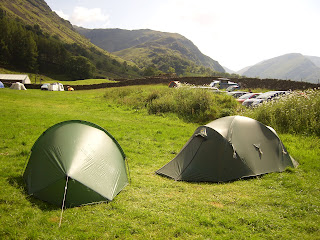 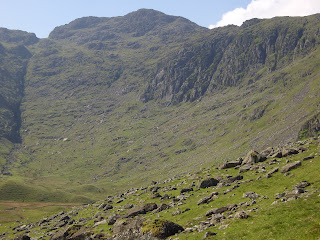 Posted by CLIFF LOWTHER at 12:26 No comments: Links to this post

On Sunday 29th May a group of rock monkeys from Sunderland Wall went out climbing to Great Wanney, a crag near Hexham. Cliff (from Roxcool), Tom and Richy (two instructors from Sunderland Wall) took us climbing. It was raining in the morning and very windy but the rain soon stopped. It stayed very windy throughout the whole day though but at least it dried off the crag. 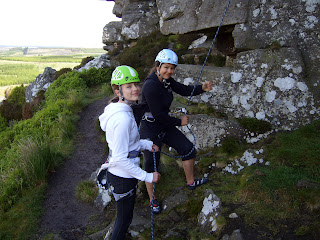 When we arrived we walked through the forest and towards the crag. It took about 20 minutes and we had to scramble up to the bottom of the crag. Tom and Richy set up the ropes while Cliff took us through all the rocks and plants next to the crag on what can only be described as 'an adventure'. There were quite a few holes – I think everyone fell in at least one! 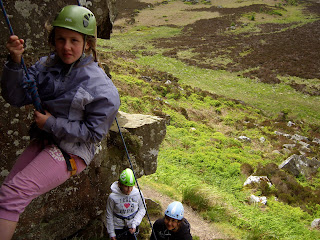 We then went up to the crag to start climbing the routes. The first two routes that were climbed were “Great Chimney” VD and “Boundary Corner” VD. Later Bethany, Danielle and I attempted “Great Wall (Direct Finish)” E5 6A. “Great Wall has the same start but goes around the corner which is HVS 5B but we tried the direct finish. 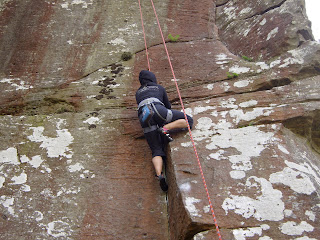 It was very hard but all got very close to the top.
As well as the girls I've mentioned we also had the two Joshua's and Alex keeping us company.
Everyone climbed “Main Wall” MS, “Squeezy Bill” D and “Jacob’s Ladder” VD.  Everybody climbed very well. At the end of the day we did a little bit of bouldering and then drove back to Sunderland Wall. 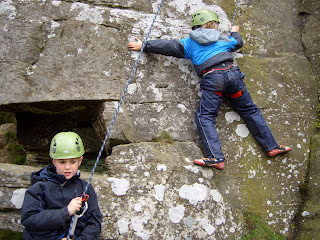 It was a great day out climbing and everyone enjoyed themselves. I can’t wait for the next day in June. Thank you to the Roxcool team.
Carmel Moran.....Roxcool Sponsored Athlete!!!! 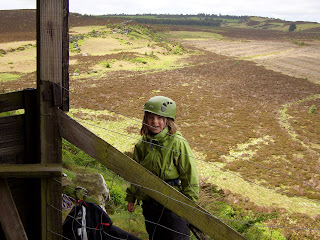 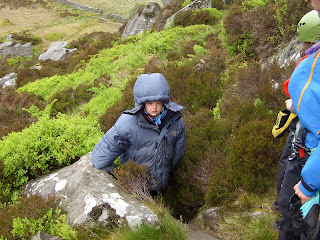 Posted by CLIFF LOWTHER at 11:26 No comments: Links to this post 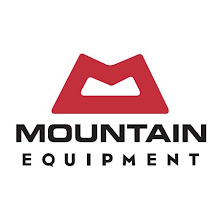 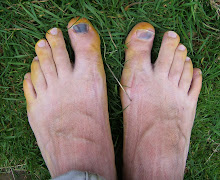